Lucia Molnár Satinská: How did multilingualism disappear from the streets of Bratislava?

Lucia Molnár Satinská reveals the image of multilingual Bratislava of past, where everyone spoke Hungarian, German and later also Slovak. On the example of her family, she shows us the gradual disappearance of Hungarian language during the second half of the 20th century in Slovakia. It is also her personal story. The story of a young and curious girl, who decided to learn Hungarian, that became important part of her life afterwards 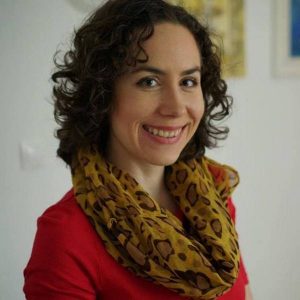 Lucia is a linguist and her research is focused especially on multilingualism in Bratislava and Slovakia. She is interested in the processes that affect the maintenance and loss of certain languages. She started to learn Hungarian when she was 15 years old and today, Hungarian, alongside with Slovak and English, belongs to her everyday work and personal languages. She has a close relationship with the object of her research, she virtually uses all senses when studying languages. Therefore the dividing line between her work and personal life is blurred sometimes. According to Lucia, languages cannot be separated from their speakers, and thus her work has not only scientific but also social aspect.