Jarmila Bednaříková: What history can teach us about migration

Throughout history, there has been hardly any period with no ongoing migration flows. Professor Jarmila Bednarikova guides us through the ascent and decline of the greatest civilisations of the past. Her talk shows us that it is better to accept migration as given. Politicians as well as the media can produce a confrontation or an integration scenario – it is our choice. Finally, accepting other cultures does not require to relinquish our own. 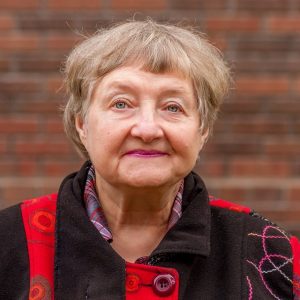 Doc. PhDr. Jarmila Bednaříková, CSc. works as historian at the Institute for Classical Studies, Faculty of Philosophy of the Masaryk University in Brno, the Czech Republic. Migration in the history of humankind is the cornerstone of her academic work. She participated in foreign research stays and conferences, among others, at universities in Germany, Poland, Austria, Sweeden, and the United Kingdom. Her 100+ expert publications mainly deal with the history of antiquity, social issues in the Roman Empire, the Great Migration, history of the Franks, or the Hun civilisation. Moreover, she composed a textbook of prehistory and antiquity for elementary schools, and also a historical novel from the late antiquity “Powerful Empire’s Autumn Years” (Brno, 2004).