Irakli Loladze: What does rising CO2 do to nutritions in our food?

Have you ever thought that the same food we eat today will be less nutritious in the future? The carbon dioxide ĺevel in the atmosphere keeps rising every year and has various effects on climate changes. Irakli Loladze has proven, based on long term studies, that rising CO2 level causes drop in macronutrients in plants and in his talk he explains to us what is the reason for that. 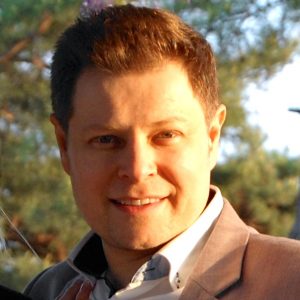 After obtaining his MA and PhD in Mathematics at Arizona State University, Irakli Loladze (born in the country of Georgia) moved to Princeton University for a postdoctoral work. There, in 2002, he hypothesized that rising levels of atmospheric carbon dioxide (CO2) should lower the concentrations of minerals essential for human nutrition such as zinc, iron, and magnesium in most plant species. However, small-scale studies of crops grown under elevated CO2 failed to detect consistent nutrient declines. Loladze’s multiple grant proposals for larger scale studies were all rejected. This left him to rely on published data for testing his hypothesis. After ten years of data gathering, he attained a dataset sufficiently large for meta-analysis. Published in 2014, it revealed a pervasive and systemic downshift in the concentrations of essential minerals in plants grown on four continents under elevated CO2. Loladze’s research was covered by New Scientist, Nature, Science, Politico and other international media outlets, and influenced the official US policy.