Richard Jaronek: Sharks have a right to kill and to live

In this adventurous talk Richard shares his breathtaking experiences from working with and filming sharks. Driven by irrational fear, humans are killing out these fascinating creatures at staggering speed. And yet, it seems there are many secrets to that we might learn from sharks. That is if we manage to keep them from extinction. 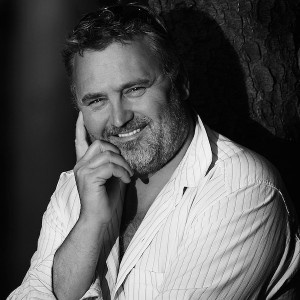 Richard Jaronek spends most of his time underwater with the largest predators of African waters. Shark lover, writer, traveler, photographer and diver who documents marine life – especially the life of large white and tiger sharks. Sharks let him touch them, even establish mutual communication. What’s more, where the contact with animals normally ends, Richard turns on his camera. In such situations he does not feel any fear, but believes that there is something between “heaven and earth”, something that allows an ordinary landsman – a human – to communicate with the great white shark.