Monika Kapráliková: Ján Smrek is not just the poet in the school books.

Monika Kapráliková talks about a different side of Ján Smrek than we know from our school books. We learned that he was a vitalist but don’t have an idea how he became one. It certainly wasn’t a fairtytale childhood that got him there. 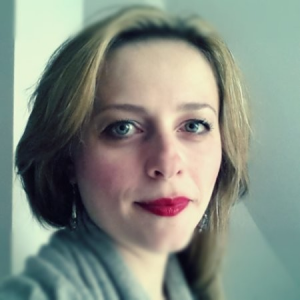 Monika Kapráliková ballances between theory and practice. After studying culturology at FiF UK Bratislava she worked as an assistant and later as a scientist at a Department of culturology. On side she participated as an organizer of multiple cultural projects (international festival Divadelná Nitra, IFF Bratislava, Bratislava in movement etc.) and co-operated on important exhibitions at Slovak national museum. In 2010 she followed hre husbands career to Spain. But despite long distance she never stopped her research. Although visits to Slovak archives and writing were logistically hard to manage, she kept publishing. Her newest piece is a monography about barely known life and work od Ján Smrek.