Professor Milan Kováč is a part of an international team that discovered the remains of a massive civilization in the Guatemalan jungle. In his talk, he describes how the advanced laser scanning techniques developed at Slovak technical university in Bratislava allowed them to learn more about Mayan civilization in one year than in the past century. Which is why the research was also taken up by National Geographic and Science Magazine. 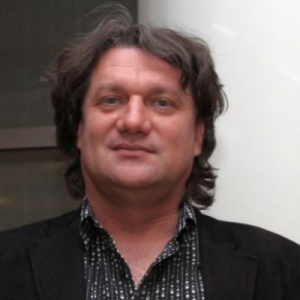 For past 10 years, Professor Milan Kováč has conducted archaeological research of pre-columbus settlements in the North Guatemalan forests with a center in the Uaxactun site. He studied religion, currently is a professor of ethnology, leads the Department of Comparative Religion and the Center for Mesoameric Studies at Faculty of Arts at Comenius University. He established systematic study and teaching of Mayan hieroglyphics in Slovakia. He is the author of many publications, including children’s books, which are used in Mexico as a textbook for elementary schools.