Florin Badita: Civic change is a marathon, not a sprint: showcase of Romania

In his enthusiastic talk, activist Florin Badita takes us on the journey from a young man who did not know what to do with his life to the organizer of massive protests in Romania. He also provides us an overview of the tools we have at our disposal to protect democracy. As Florin says, each of us can contribute to the change. 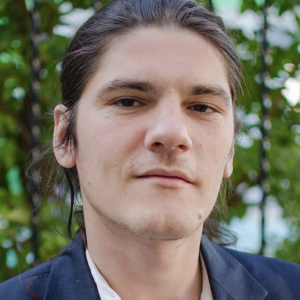 Romanian Florin Badita, is the founder of Coruptia Ucide (Corruption Kills), a local civic group fighting corruption, which was founded after the Colectiv club fire that killed 64 people. Corruption Kills is an online community that now has over 100K people, and is facilitating the organization of the protests in Romania. He has led a campaign that helped to stop the decriminalization of Romanian corruption cases where damages total to less than EUR 45,000. He is a strong believer of the benefits of Open Data, and until now he has send over 7000 Freedom of Information Requests (FOIA) to over 3000 public institutions to gather information about public spending in Romania. He collaborates with journalists from Romania, doing data analysis and pattern recognition to uncover the patterns of corruption in unstructured datasets. He has been included on Forbes’ 30 under 30 Europe – Law and Policy list.