Ahmed Elgammal: AI vs art: Can the machine be creative?

Ahmed will present to us the algorithm that can define the creativity level in art works. As well, he will also try to answer the question whether AI can replace the artist in the future. 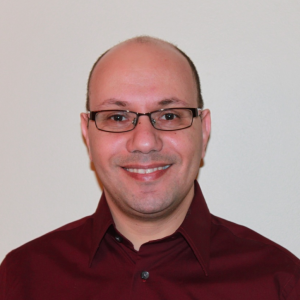 Dr. Ahmed Elgammal is a professor at the Department of Computer Science and Executive Council Faculty at the Center for Cognitive Science at Rutgers University. He is the founder and director of the Art and Artificial Intelligence Laboratory at Rutgers. Dr. Elgammal is also the founder and CEO of Artrendex, a startup that builds innovative AI technology for the creative domain. Prof. Elgammal published over 160 peer-reviewed papers, book chapters, and books in the fields of computer vision, machine learning, and artificial intelligence. His research on knowledge discovery in art history and AI art generation, received wide international media attention, including reports on the Washington Post, New York Times, NBC News, the Daily Telegraph, Science News, New Scientist, and many others. In 2017, an Artsy editorial acclaimed his work on AI generated art as “the biggest artistic achievement of the year”. In 2016, a TV segment about his research, produced for PBS, has won an Emmy award. He received the National Science Foundation CAREER Award in 2006. Dr. Elgammal received his M.Sc. and Ph.D. degrees in computer science from the University of Maryland, College Park, in 2000 and 2002, respectively.