In her fascinating talk Adriana talks about the problem of creeping deserts robbing the people living in this hostile environments of their precious land and lifelihoods and creating all sorts of social problems, including forced emigration. She designed a special robot and a process using the only building materials available – sand and sun, which just might help with the problem. 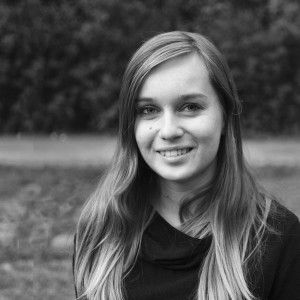 Adriana graduate in architecture from the Academy of Fine Arts in Bratislava. While still a student, she worked in various architectural and design studios. She participated in various types of projects, from chair design to a research station in Antarctica. During her internship in Copenhagen, she first experienced architecture for extreme environments. This field attracted her interest so much that she later dedicated to it her diploma thesis for which she received the Archiprix 2015 international award. Adriana loves experimental, non-standard architecture that combines technology with art, architecture that goes beyond the traditional boundaries of the discipline.