Jan Rybář: In search of freedom – a photographic journey through the past 25 years

Have you already heard tons of discourses about the freedom? Well, this one is different. Jan will take you on the unique journey to freedom through pictures from his own archive. By telling a story of his adventures in USSR, Afghanistan, Northern Ireland, Chechnya and Kosovo he will introduce you to the biggest games with freedom from the early 90´s to the edge of millennium, the games where freedom can be won and lost in a moment… 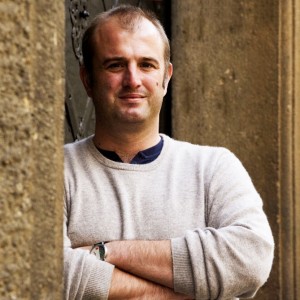 Jan Rybář is mainly known as a courageous journalist and photographer. He has worked as a journalist for 13 years at the foreign department at the MF Dnes newspaper and has visited many places, that he described as remarkable. Among others, Afghanistan, Iraq, Chechnya and Guantanamo. In 2004, he won the grand prize in the Czech Press Photo competition. After his adventures in places affected by wars and conflicts, he decided to settle down, and now he runs his own creative agency and explores how to live without an influence of the big media. In addition, Jan managed to write several books, including detective story, which became a bestseller in the Czech Republic.